Whether it’s overhearing a conversation or seeing it written online, it’s no surprise many current slang terms are puzzling for a lot of Americans. The most confusing terms differ across the US, but one thing is for certain, people are turning to Google for help when trying to read through social media posts that feel like doing a puzzline online.

Our new analysis uncovered the 55 most searched slang terms across the US, and the top terms people want to know more about in each state. 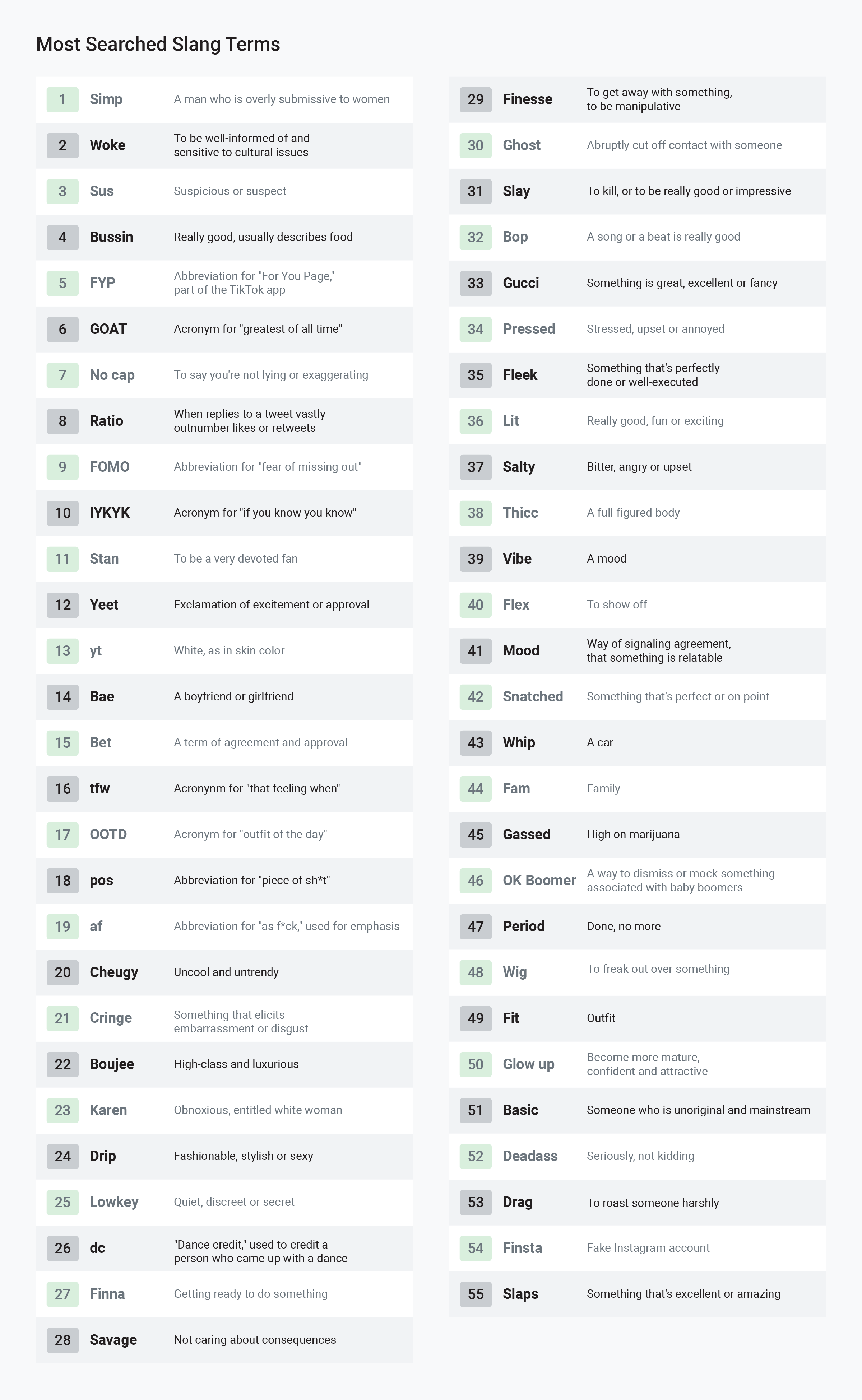 Nationwide, ‘simp’ is the most searched term. It means “a man who is overly submissive to women”. Coming in at number two is ‘woke’ and those searching certainly are not woke (to be well-informed of and sensitive to cultural issues) about the latest slang terms. ‘Sus’ is the third most searched term, meaning suspicious or suspect.

Other top terms people are confused by include ‘bussin’, ‘fyp’, ‘goat’ and ‘cap’. If you’re scratching your head about those words, you’re not alone.

‘Bussin’ means “really good” and is used in most cases to describe food. ‘FYP’ is well-known among TikTok users, as it’s an abbreviation for the ‘For You Page’ on the app. With references to athletes, musicians and actors, it’s understandable ‘GOAT’ can be confusing, but those who earn the title of ‘greatest of all time’ likely aren’t puzzled on why they deserve the honor. When describing why a ‘GOAT’ may deserve the recognition, you may hear someone say ‘no cap’ as it’s used to say you’re not lying or exaggerating. 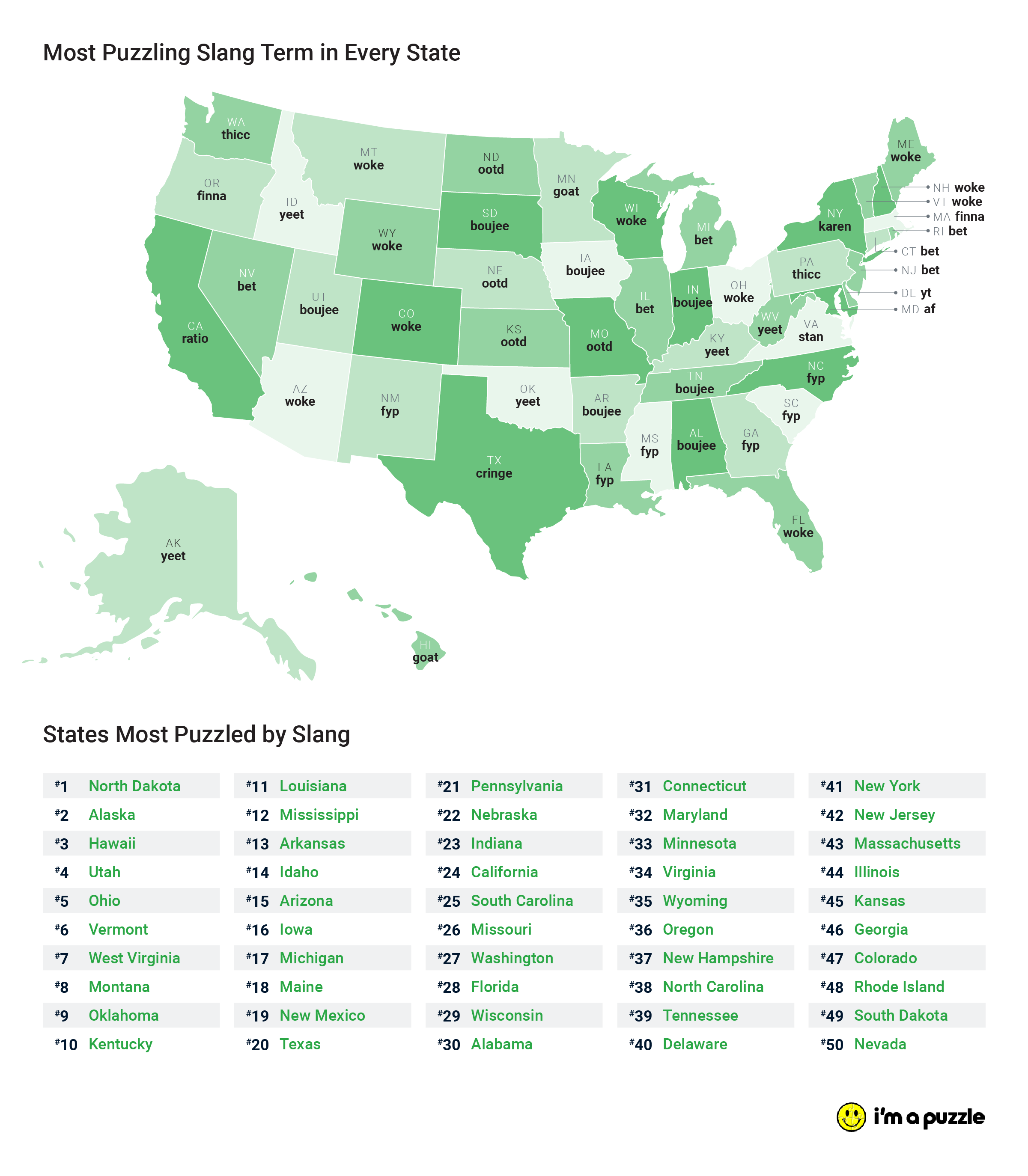 When it comes to searches by state, some of the top terms were similar to the national statistics, but there were also outliers. We wanted to know which terms were unusually popular and searched for across America.

In Alabama, people were most looking to find out what ‘boujee’ means. A word to describe things that are high-class and luxurious, it’s also a confusing term for people in Arkansas, Indiana, Iowa, South Dakota, Tennessee and Utah. ‘Bet’ was also a top-searched term in several states. The word, which is a term of agreement and approval, topped the searches in Connecticut, Illinois, Michigan, Nevada, New Jersey and Rhode Island.

‘Woke’ and ‘fyp’ were popular in Arizona, Colorado, Florida, Georgia, Louisiana and Mississippi.

When it came to the highest search volume, some of the states with the lowest populations in the country topped the list. North Dakota takes the number one spot for amount of searches followed by Alaska and Hawaii. The most ‘woke’ state? Nevada.

We analyzed more than 200 slang popular slang terms in Google’s AdWords platform, to establish the 55 terms that are most frequently searched by Americans, in the context of “What does

Feel free to use this data and research with proper attribution linking to this study. When you do, please give credit and link to im-a-puzzle.com