82% of Americans Have Family Game Night

From family game nights to movie nights to solving jigsaw puzzles together during a rainstorm, quality family time is a core part of American domestic life and important to families nationwide. But how much time do families typically spend together, and what do they do?

We surveyed more than 1,000 Americans on how they spend time together as a family, particularly family game nights. 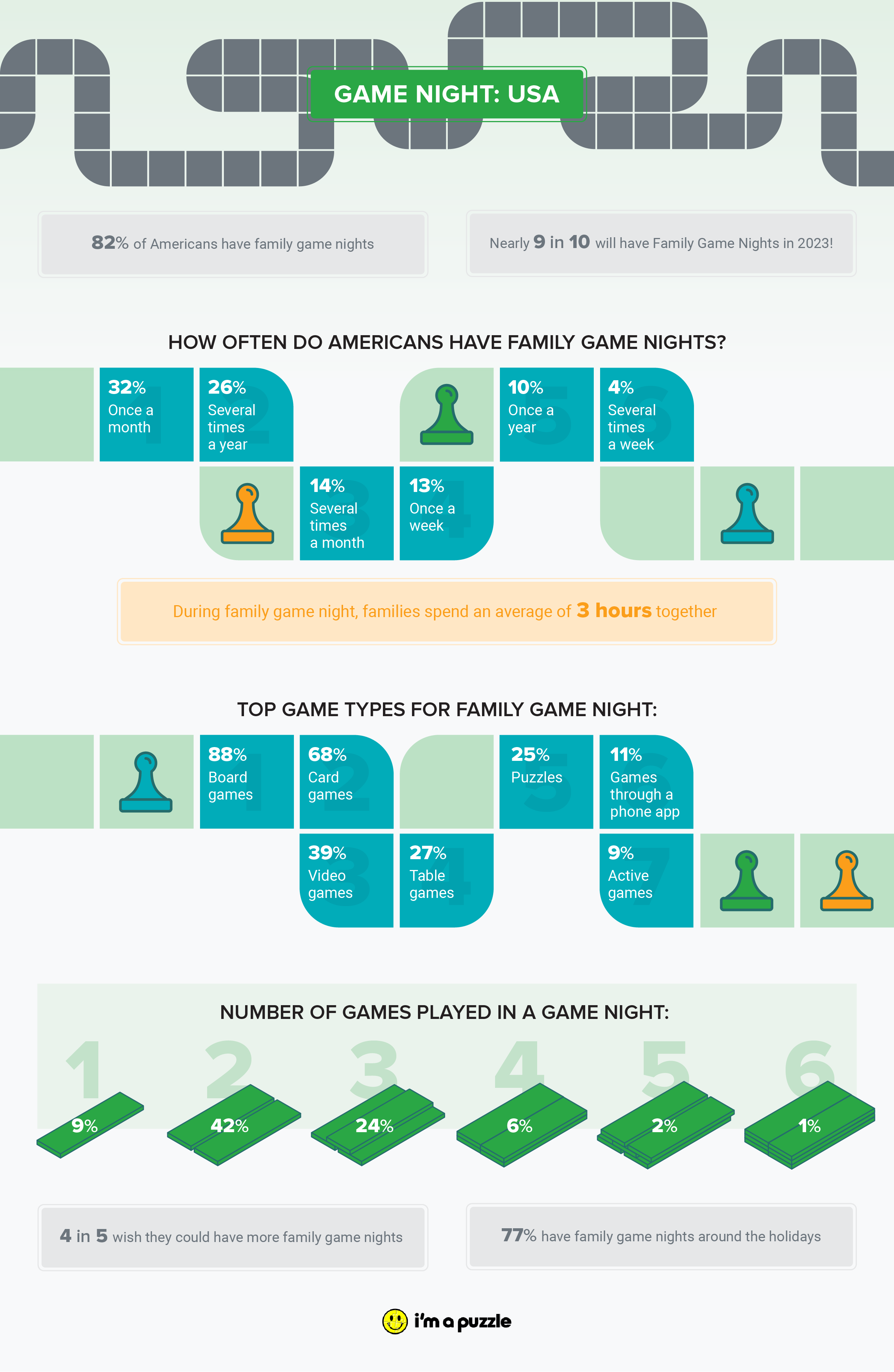 Families spend an average of 3 hours together during family game nights; what are they playing? Most (88%) play board games, with card games, video games, and table games also popular options. 42% play two games in a single game night– the most popular number - and 24% will play three. Game nights are well-loved, too– 4 in 5 wish they could have more family game nights. 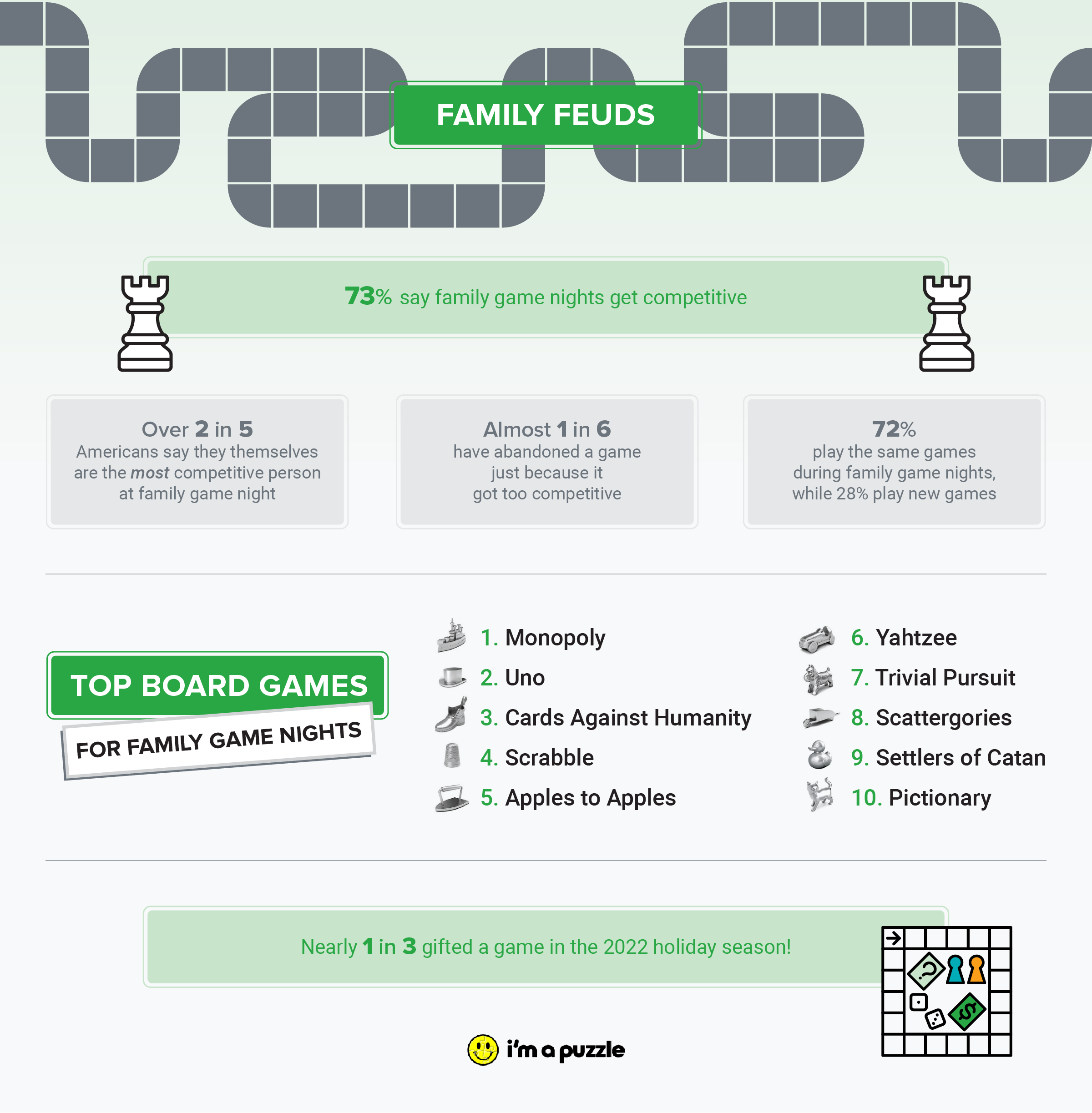 Nearly 3 in 4 say family game nights get competitive: turns out it might be time for a little family feuding! Over 2 in 5 respondents said that they are the most competitive, and nearly 1 in 6 have abandoned a game because it got too competitive.

Family game nights are a tradition, and it seems the games of choice are also traditional: 72% play the same games during family game nights. The top games? Monopoly, Uno, Cards Against Humanity, Scrabble, and Apples to Apples. Many people might have gotten these this past December - nearly 1 in 3 gifted a game in the 2022 holiday season! 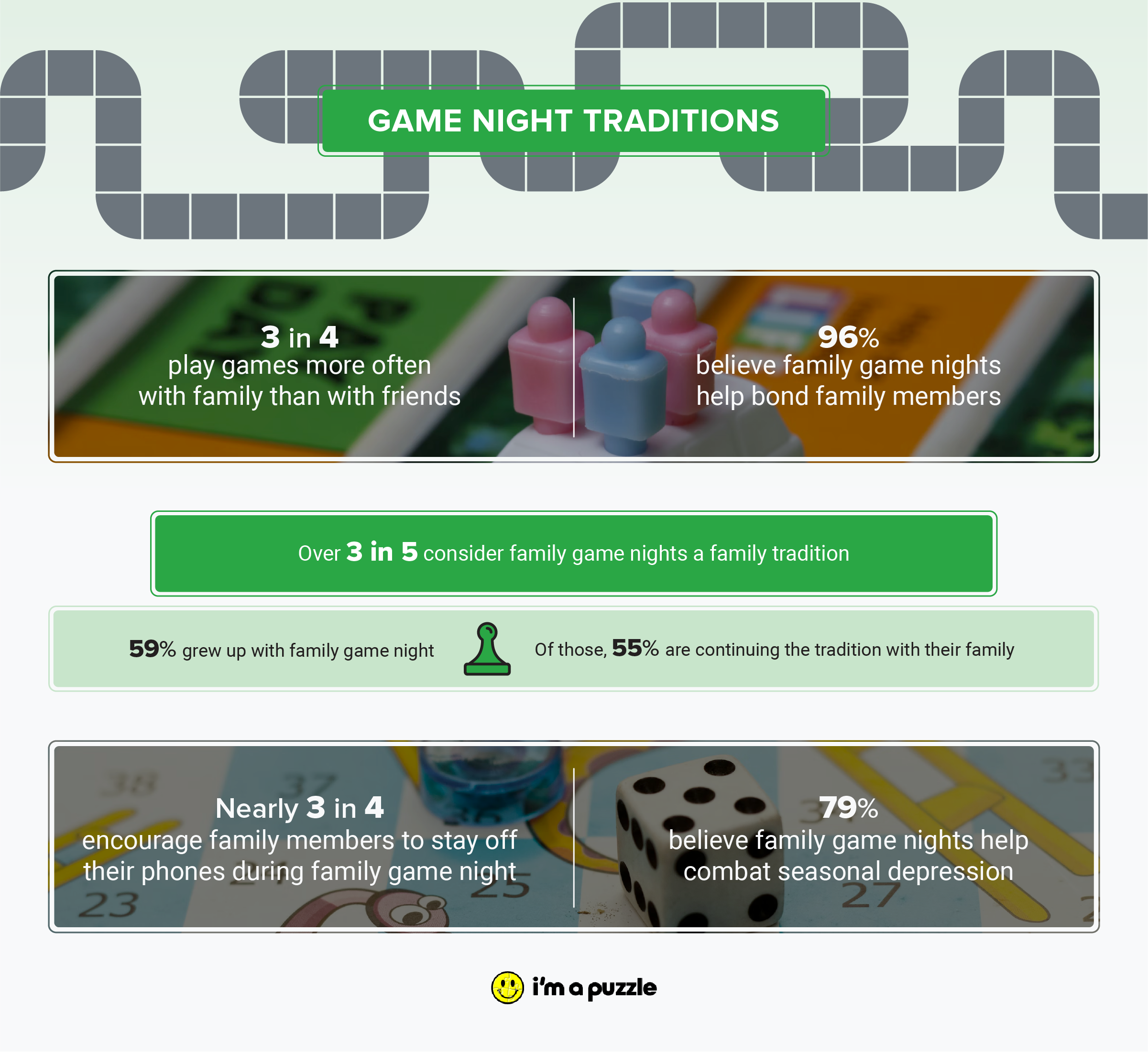 96% believe that family game nights help bond family members, and 3 in 4 play these games more often with family than with friends. It’s no wonder that over 3 in 5 consider it a family tradition– 59% grew up with a family game night, and of those over half are continuing the tradition with their own family.

This is a special and intentional time- which is why nearly 3 in 4 encourage their fellow family members to stay off their phones during game night, and this has benefits: nearly 4 in 5 believe family game night helps combat seasonal depression.

Time Together is Time Well Spent 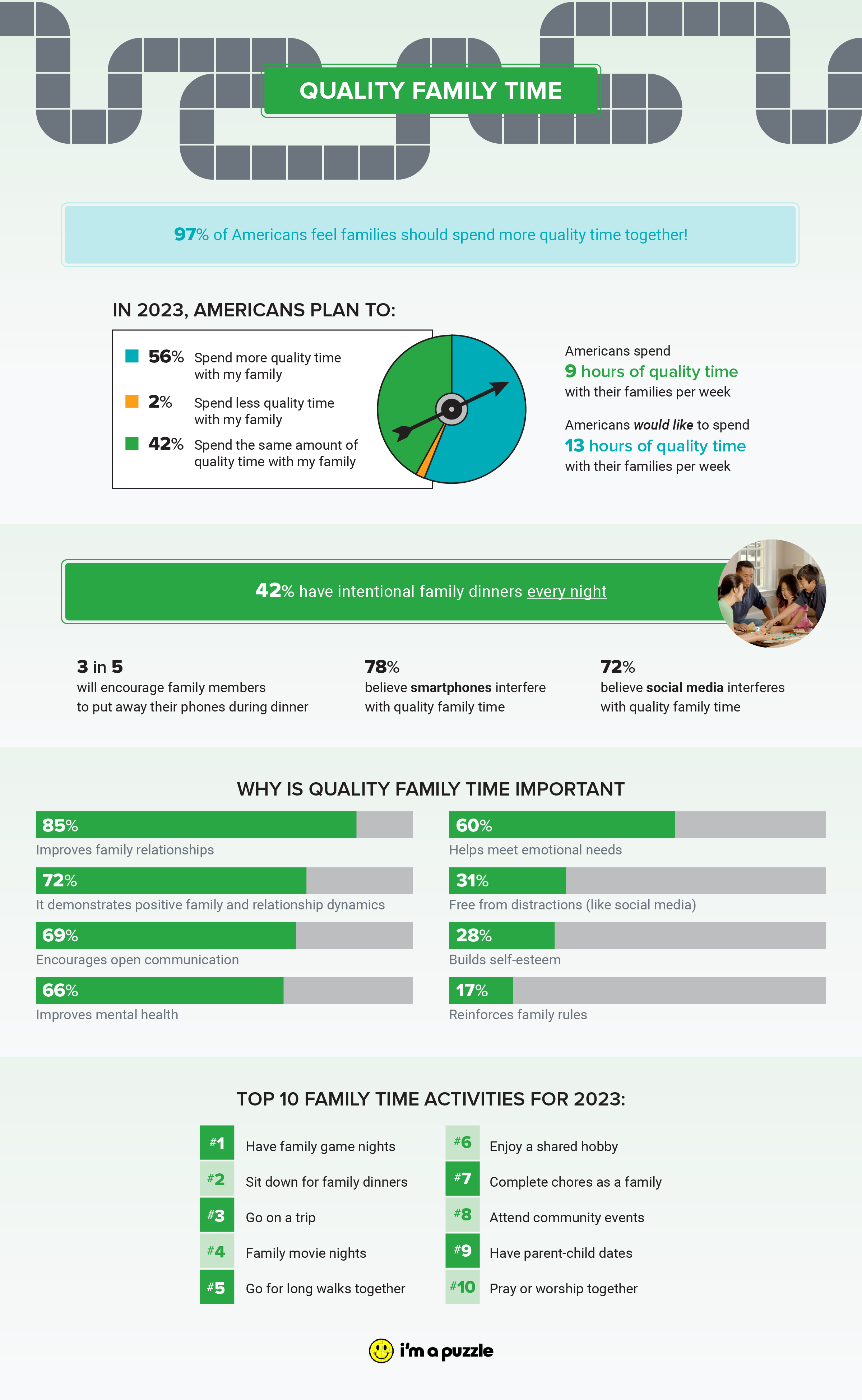 Quality time doesn’t end in the living room: 42% have family dinners every night, and 3 in 5 encourage keeping phones out of sight during those dinners. Phones are a sore point- 78% believe they interfere with quality time together, and 72% believe that social media also interferes.

What is it exactly about quality family time that is so important to Americans? Top reasons include that it improves family relationships, demonstrates positive relationship dynamics, encourages open communication, and improves mental health.

All of these benefits go a long way– how do families across the nation gather to enjoy them? Top forms of quality time include family game nights, dinners together, going on a trip, movie nights, and going for long walks together.

It’s never too late to start new traditions as a family- whether it’s game night, cooking together, or watching a movie - and it’ll always be worth the time.

In December 2022, we surveyed 1,004 Americans to get their feedback on family game nights and quality family time. Respondents were 46% female, 51% male, and 3% non-binary/non-conforming with an age range of 18 to 79 and an average age of 40 years old.

When using this data and research, please attribute by linking to this study and citing im-a-puzzle.com